Death of a Football Fan

Brice Taton sustained severe head and chest injuries when Toulouse football fans were attacked in the Irish Pub in central Belgrade by a 30-strong group of hooligans armed with iron bars and baseball bats on September 17, 2009.  Taton’s condition was termed “critical” after a long aorta surgery on September 18 and brain surgery the day after, his chances of survival rated as “very small”.

Feeling sorry for the innocent victim of a ruthless, mindless mob I wanted to know whether there was any chance he could make it despite the heavy odds. 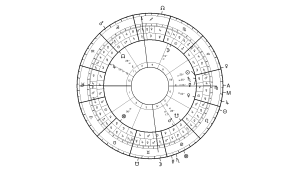 I assigned the ascendant to the Frenchman  as the question relates to his health and life, which are the significations pertaining to the rising degree; this approach is well attested to in the works of Sahl,al-Kindi, Bonatti so it’s no wonder one finds it in W. Lilly’s Christian Astrology as well.

The hour ruler was the Moon, which made the question radical. Let’s see if the chart provides us with a symbolic description of the background which led to the query.

Jupiter rules the ascendant in Pisces and is posited in the violent, fixed, humane sign of Aquarius in the 12th, in aversion to the ascendant and retrograde. A perfectly fitting symbolism for someone who’s lying helplessly in a hospital with very slim chances of recovery after having been brutally beaten up by a savage hooligan mob.

Jupiter is the natural co-significator of the 9th which (among other things) symbolizes foreigners.  The Moon itself is located in Scorpio the 9th, denoting the same. It disposes a contrary to sect, oriental  Mars in the 5th in its dejection in Cancer and separates from Jupiter by square out of another violent sign while Mars closely aspects the ascending degree and besieges Jupiter by sign – all of which represents a stunningly precise description of the event!

The Moon naturally rules common people and being posited in the sign of its dejection, it aptly signifies low, ignoble, ill-bred group of aggressive individuals (the Moon/Mars mutual reception) who beat up a foreigner (the Moon/Jupiter separating square) in the place of enjoyment (Mars trining the ascendant from the 5th, besieging Jupiter in the 12th).

Based on this, I expected the chart to correctly describe the outcome of the matter as well as its timing.

Jupiter is joining no planet, so the primary testimony fell to the Moon. It is separating from Jupiter and joining Mercury retrograde in Virgo, in the angle of the 7th without reception. This is a very negative testimony for several reasons.

Mercury is the lord of the 4th, which has a strong signification toward death and is located in the 7th, reinforcing the signification. Mercury as a naturally neutral, impressionable planet is in the same degree with Saturn (Jupiter’s lord in aversion to it), the natural ruler of death and co-almuten of  the 8th in Libra. Mercury also disposes Venus, the lady of the 8th. The Mercury/Saturn conjunction is in the 8th sign from Jupiter, in itself  a death-bringing combination as it connects mutually destructive planets – Gemini are destroyed by Capricorn, Aquarius by Virgo (V. Valens).

Now I’m aware it’s not usual to delineate the signification based on planets’ positions relative to each other, but there’s an interesting example of just such a practice in Masha’allah’s Interpretation of  Cognition (also presented as Hermes’s chart on thoughts about a sick mother in Hermann of Carinthia’s The Search of the Heart. As Hermann points out, this chart appears in many works).

If one applies the same logic here, the Moon’s contact (translation of light) with Mercury/Saturn conjunction in the ‘derived’ 8th in Virgo can mean only one thing – death. There are six degrees to the perfection of the sextile, denoting probably 6 days when his grave condition is taken into account.

Brice Taton, aged 28, an innocent victim of brute savagery so often displayed by hooligans, passed away on September 29, at ten o’clock in the morning, as the Moon was transiting Aquarius.

Traditional Astrology for a Modern World

Musings on astrology and tarot by author Anthony Louis

Observing the renewable energy transition from a European perspective

the weblog for the journal of western predictive astrology

A Discourse on Feminine Essentialist Science and Metaphysics

A Blog on Traditional Astrology and Celestial Magic